led a Parliamentary Delegation to Conakry, Republic of Guinea, to attend the opening ceremony of the First Ordinary Session of the National Assembly of the Republic of Guinea, which held on 5 October 2020. The Ordinary Session is in accordance with Article 68 of Guinea’s Constitution which sets 5 April and 5 October as the dates in which Guinea’s National Assembly meets for a period not exceeding ninety days.

Speaker Tunis addressed the Members of the National Assembly during the opening ceremony of the Ordinary Session and will hold talks with a number of stakeholders during the week-long visit to Conakry. The mission to the West African country is timely as it falls into the wake of its presidential election which will hold on 18 October 2020.

The Parliamentary delegation, led by Speaker Tunis, will meet with stakeholders to discuss how to ensure the conduct of a peaceful election considering that there are already rising fears of political unrest in the buildup to the presidential elections. The delegation will also address the issue of poverty and unemployment aggravated by the COVID-19 pandemic among the youths and the vulnerable population of the Guinean society.

The Speaker-led delegation of Parliament will exhaust its parliamentary-diplomatic agenda on Friday, 9 October 2020. 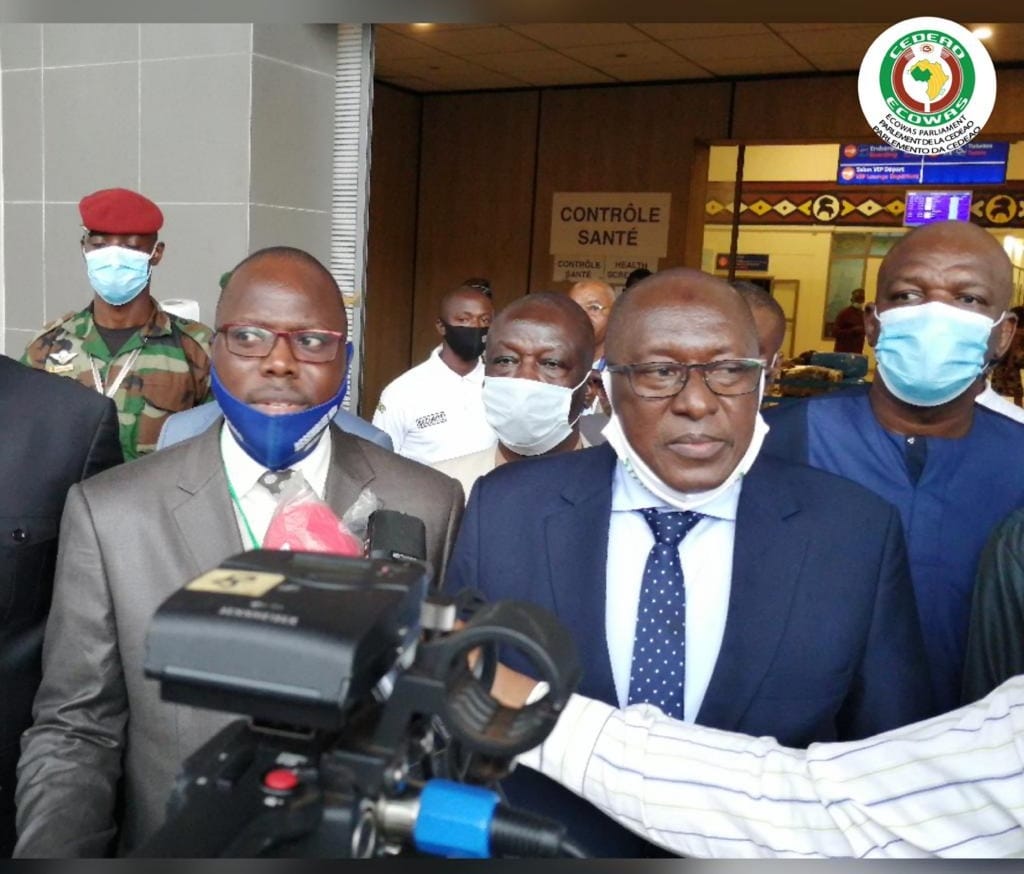