SPEAKER TUNIS DELIVERS TO INEC A PLEA FOR A FREE, FAIR AND TRANSPARENT POLLS AS GUINEA GEARS FOR PRESIDENTIAL ELECTION.

The ECOWAS Parliamentary delegation, led by the Speaker, Rt. Hon. Sidie Mohamed Tunis met with the leadership of Guinea’s Independent National Elections Commission (INEC), where the efforts put in place by the Commission to ensure a free, fair and transparent presidential election were lauded by the delegation.

Speaking on behalf of the ECOWAS Parliament, Speaker Sidie M. Tunis who is at the driver’s seat of the week-long Parliamentary diplomacy mission to the Republic, at the meeting with Mr Kabinet Cisse, the Chairman of Guinea’s INEC and other Members of the Electoral Commission on Tuesday, 6 October 2020, extolled the electoral processes devised by the election umpire for the conduct of the upcoming presidential election on 18 October 2020.

Moreover, Speaker Tunis echoed Parliament’s overarching goals to include the facilitation of technical support to the people of Guinea in the lead up to the elections, while maintaining Parliament’s neutrality and respect for the Constitution of the Republic.  He also affirmed that the process of cleaning up the voter register was a major boost to the Commission’s level of preparedness for a free and fair election and admonished that the Commissioners maintained their neutrality at all times.

In addition, the head of the regional legislative body disclosed that the ECOWAS Parliament is poised to send a team of fifteen-Member Parliamentary Observers to join the larger team of the ECOWAS Observer Mission accredited to observe the Presidential election in the Republic. Speaker Tunis also called on all stakeholders and citizens to be law-abiding as he wished the people of Guinea a peaceful election.

Guinea’s presidential election is scheduled to hold on 18 October 2020 with twelve candidates listed by Guinea’s INEC as cleared to contest for the presidency, including the incumbent, President Alpha Conde. 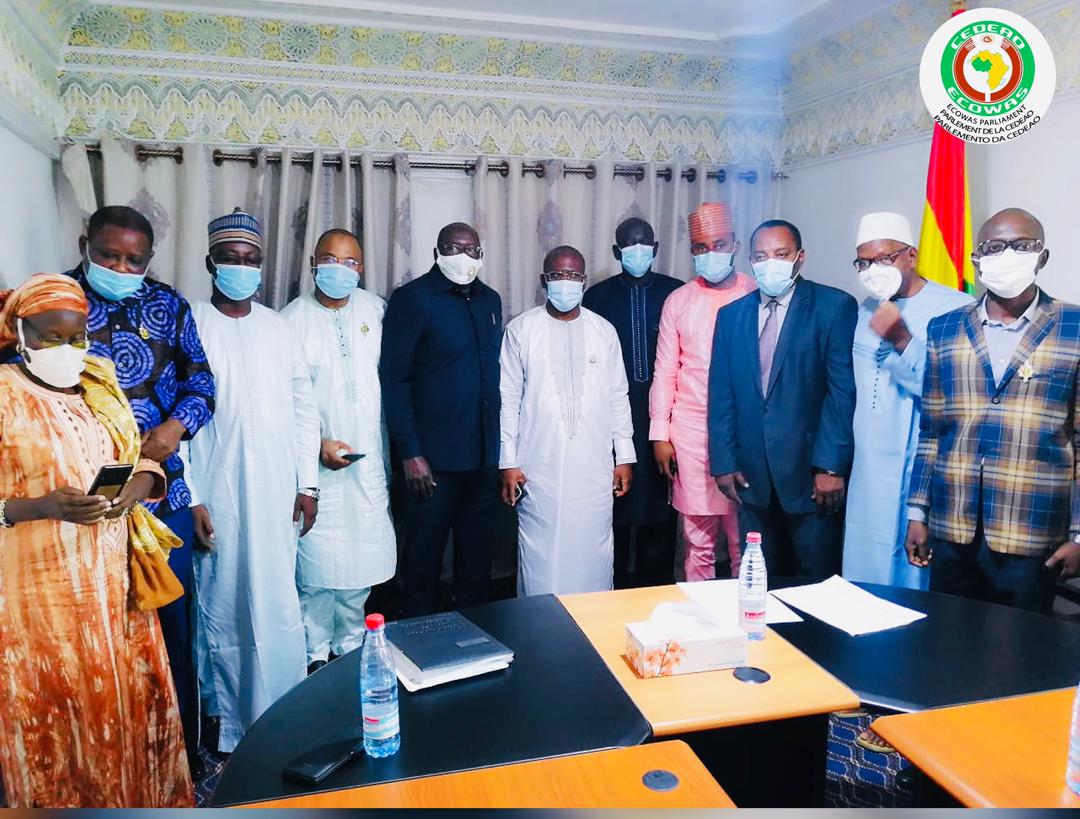