Speaker of the Parliament of the Economic Community of West African States (ECOWAS), Sidie Mohamed Tunis, on Tuesday, 30 November 2021, during the opening of the Second Ordinary Session of the Parliament, called on the Community’s MPs to transform the institution’s vision into consistent objectives with regional and global dynamics. He was joined by the President of ECOWAS Commission, Jean Claude Kassi Brou and the Senate President of Nigeria, Ahmed Lawan.

The President of the Community Parliament, in his speech, underlined the budgetary dimension of the session, hoping that the work will contribute to the future budget of the Community towards the financing of development programs and projects in line with the expectations of the population. Sidie Mohamed Tunis then called on parliamentarians in the examination of the draft ECOWAS budget to make decisions and amendments to allocate resources according to the priorities of the organization, particularly in the fight against poverty and the promotion of democracy, peace and economic integration.

In addition, Speaker Tunis mentioned about the flagship project of his term of office: the election of Community Members of Parliament by direct universal suffrage. He mentioned certain actions to be undertaken for the success of the project, notably the elaboration of the modalities and the financing of these elections.

Furthermore, the Speaker of ECOWAS Parliament expressed his satisfaction with the success of the implementation of the 2021 program activities of the institution. “We can look forward to the new year with optimism,” said Sidie Mohamed Tunis.

After recalling the socio-political crisis in Guinea and Mali, Speaker Tunis re-emphasised the community institution’s appeal to these two ECOWAS member countries to produce timetables for political transition towards a return to constitutional order.

Four MPs from Cape Verde (Rosa Lopes Rocha, Isa Filomena Soares da Costa, Carlos Alberto dos Santos Tavares and Nelson do Rosario de Brito) and two from Côte d’Ivoire (Gnagadjomon Koné and Aka Hervé) were sworn in during the opening of the session 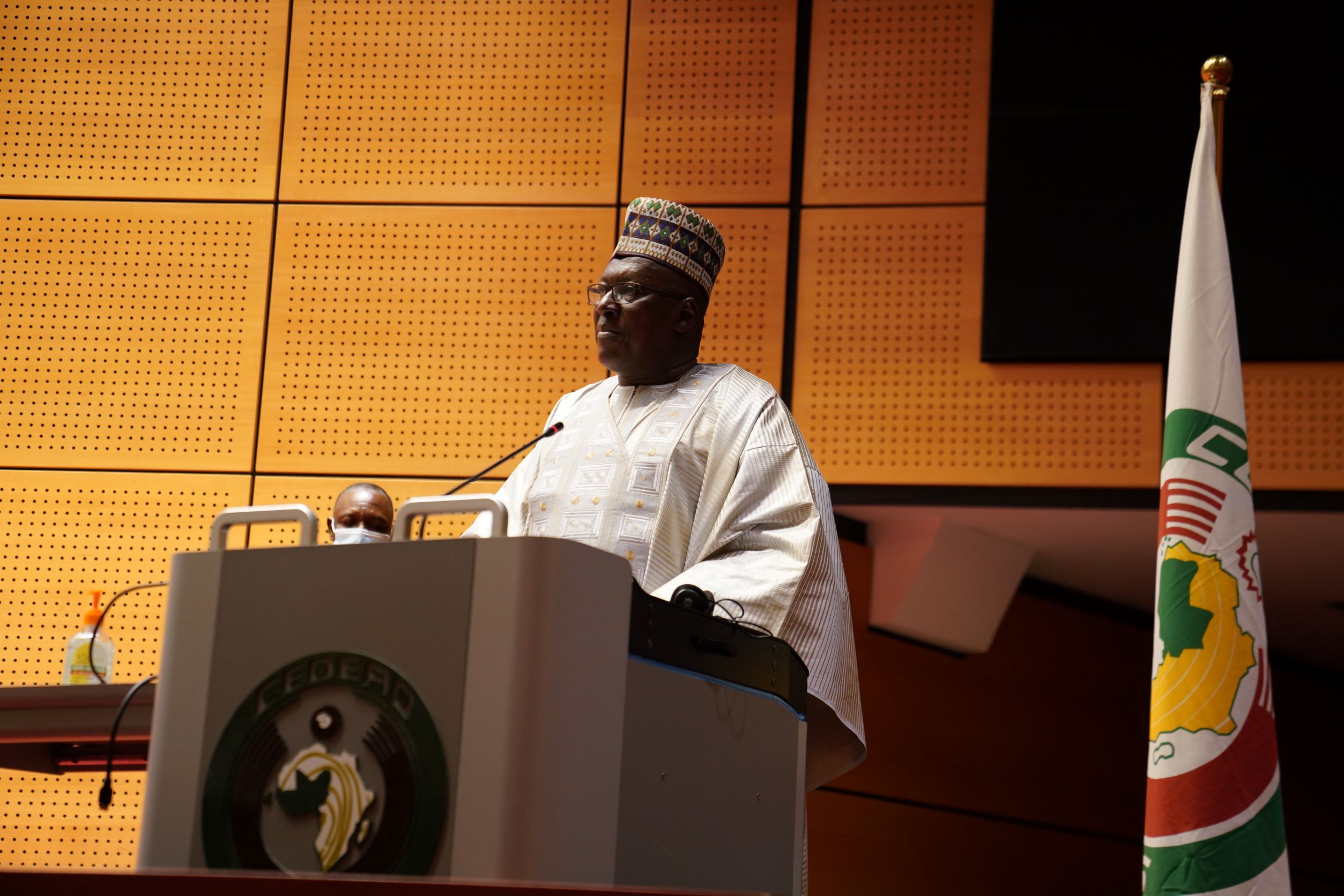