Speaker of the ECOWAS Parliament, Rt. Hon. Sidie Tunis has been conferred with an honorary Doctorate in Humane Letters from the Cuttington University, Bong County, Liberia in recognition of his contributions to the ECOWAS Sub-region. Speaker Tunis bagged the honorary doctorate degree on Saturday 17th April, 2021 during the University’s 14th Commencement Convocation of the School of Graduate and Professional Studies.

Speaking to Journalists, the Rt. Honorable Speaker Tunis who was elated on the conferment of the honorary doctorate said that, he will continue to do more to advance the cause of West Africa and its citizens. He said that he will use his position as Speaker of the Parliament to bring ECOWAS and Community Parliament closer to the people. “I feel very happy. Apart from being Speaker of the ECOWAS Parliament, this is also my Alma Mater. I graduated from Cuttington in 1989 and today I have been given this honor and I thank the Almighty Allah for his blessings”.

Earlier in his commencement address, he urged the granduants to see themselves as a tool for an integrated Africa, stating that the youths are the future of Africa’s development. He also commended their resilience for pushing through their academic year amidst the unique situation of the COVID-19 pandemic.

President of the University, Dr Herman Browne while conferring the doctorate honors on Speaker Tunis noted that, the institution was honoring him in recognition of his contributions to ECOWAS as Speaker of the Parliament. He commended him for his contributions to global, humanitarian and national movements which has further earned him several recognitions and awards. Mr. Browne however, urged Rt Hon. Dr. Tunis to continue his good works and push towards the development and integration of the sub-region. 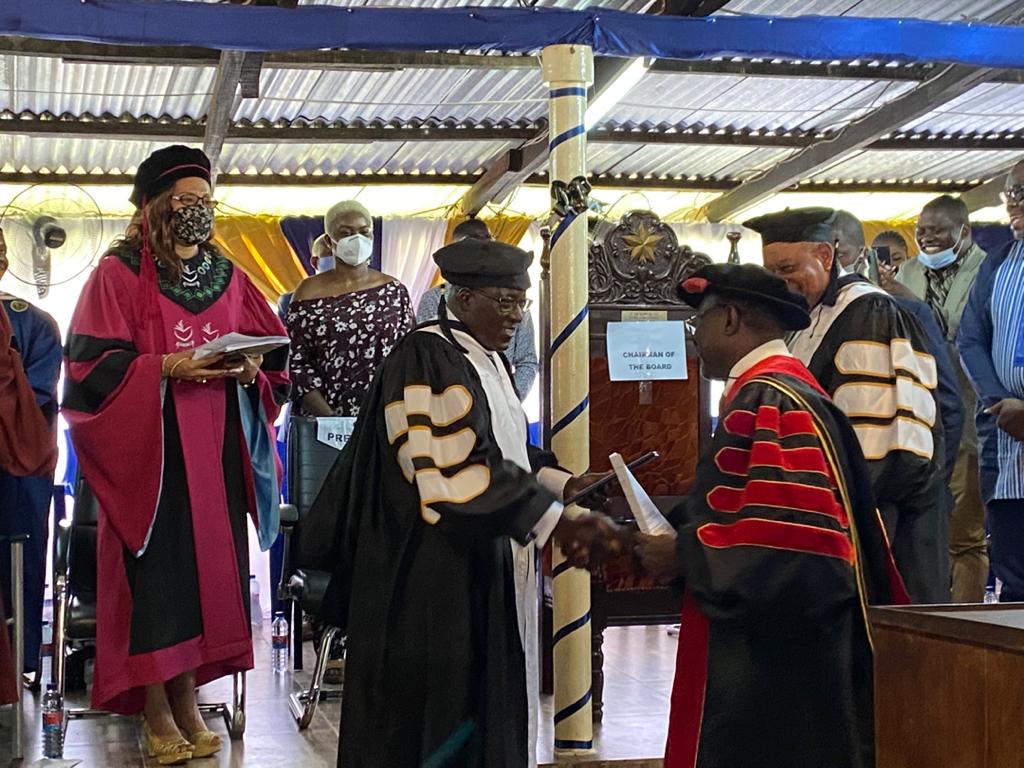