The President of Ghana and Chairman of the Authority of Heads of State and Government of the Economic Community of West African States (ECOWAS), Nana Akufo Addo, shares the idea of enhancing the powers of the ECOWAS Parliament. He clearly expressed this idea during the opening ceremony of the First 2021 Ordinary Session of the Community Parliament held on Thursday, 27 May 2021 at the seat of Parliament in Abuja, Nigeria.

He indicated that the first step toward the enhancement of the powers of Parliament would be the implementation of Article 18 of the Supplementary Act relating to the Enhancement of the Powers of the ECOWAS Parliament, which provides that “Representatives shall be elected by direct universal suffrage by the citizens of Member States”. In his speech, Nana Akufo Addo laid emphasis on the key role of the Community Parliament in the regional integration process.

The President of Ghana maintained that as an institution expected to promote democracy and human rights, the ECOWAS Parliament is a pillar of regional integration whose powers need to be enhanced. He added that this session is taking place within the context of COVID-19. Certainly, the African continent on the whole, and ECOWAS countries in particular are less effected than other regions of the world. President Nana Akufo Addo, however, indicated that the pandemic is having adverse effect on their economies due to the closure of borders and the poor sale of their raw materials.

In his statement, he also expressed the need for west African leaders to continue putting up a tough fight against terrorism, which is wreaking havoc in the region and across the globe and continue to plunge families into mourning.  As regards the Malian crisis, he plans to organise very soon an extraordinary summit of the Authority of Heads of State and Government of ECOWAS to address the issue. Echoing the view of the President of Ghana, the Speaker of the ECOWAS Parliament, Sidie Mohamed Tunis restated his advocacy for the election of the Members of the ECOWAS Parliament by direct universal suffrage. “The main advantage of the direct election of Representatives is that it enables the people to make the ultimate choice in the interest of the entire Community”, he argued.

During the opening ceremony, the following Parliamentarians were sworn-in: Salifou Sawadogo (Burkina Faso), Ramnatou Issa Mayaki ; Abdou Adamou ; Amadou Djibo Ali ; Fougou Boukar ; Ousmane Idi Ango (Niger) and Ibrahima Mémounatou and Soklingbe Senou (Togo). Honourable Ibrahima Mémounatou was elected the Third Deputy-Speaker of Parliament. Apart from the President of Ghana, other high personalities also took part in the opening ceremony, namely the Vice-President of Liberia, the Senate President of Nigeria, the President of the ECOWAS Commission, the President of the ECOWAS Court of Justice and the Chairman of the Interparliamentary Committee of the West African Economic and Monetary Union (UEMOA). 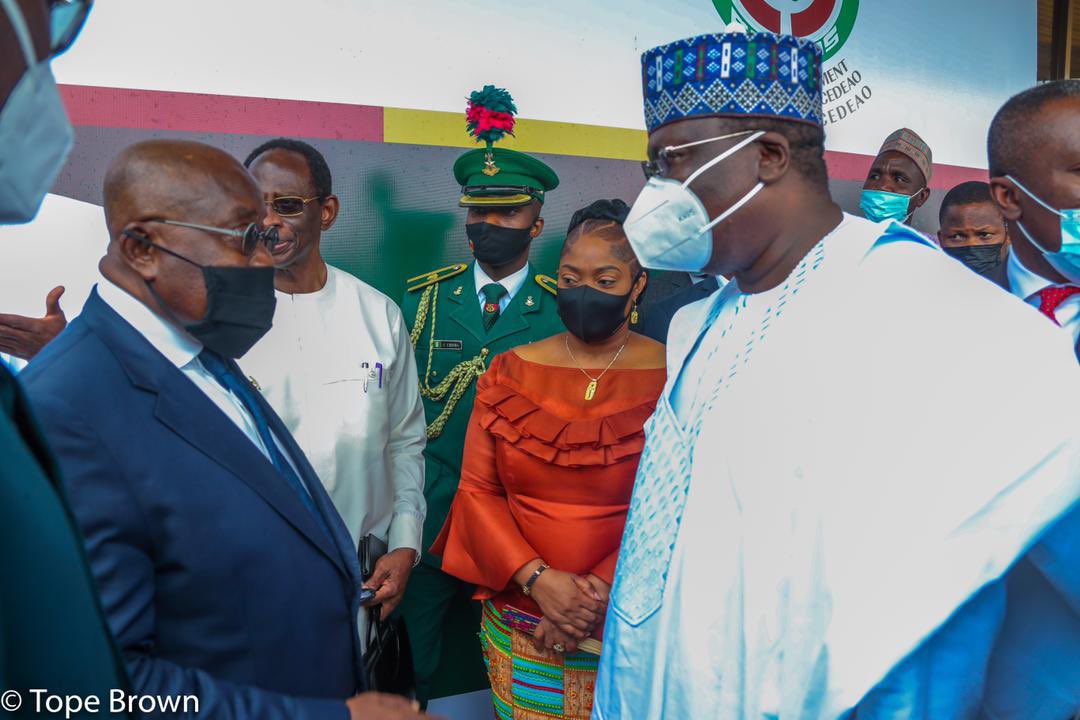