The statutory Second Ordinary Session of the Parliament of the Economic Community of West African States (ECOWAS) which normally sits in line with the ECOWAS calendar, to consider and give Parliamentary Opinion on the Community Budget proposal adopted by the Administration and Finance Commission (AFC) of ECOWAS, was initially slated to hold, in-person, at Abuja, the seat of Parliament. However, following the reality of the 2nd wave of the SARS-COV-2 pandemic, the Bureau of Parliament has approved the session to hold via video-conference, from Wednesday, 13 to Tuesday, 19 January, 2021.

This budget session will examine the draft 2021 Consolidated Budget of the Community. Additionally, it will consider the draft Strategic Plan of the Fifth Legislature as well as the 2021 parliamentary Work / Activity Plan of the institution.

Aware of the role of an elected parliament in facilitating the participation of the people in their governance, the Speaker of the ECOWAS Parliament, Rt. Hon. Sidie Mohamed Tunis, at the occasion of the inauguration of the current legislature in Niamey, March, 2020, identified the election of Members by direct universal suffrage as the flagship political program of this legislature’s mandate.

Consequently, the Report of the ad-hoc Committee set up to propose mechanisms to facilitate the effective election of representatives by direct universal suffrage, will also be considered by the Plenary in the course of this week-long session.

Article 18 of the Supplementary Act on the Enhancement of the Powers of the ECOWAS Parliament provides that the 115 Members of the Community Assembly are (to be) elected by direct universal suffrage by the citizens of the Member States. While the ECOWAS is still on transition toward attaining this provision, currently, the National Assemblies or equivalent bodies of Member States elect the ECOWAS Members of Parliament from within their members. 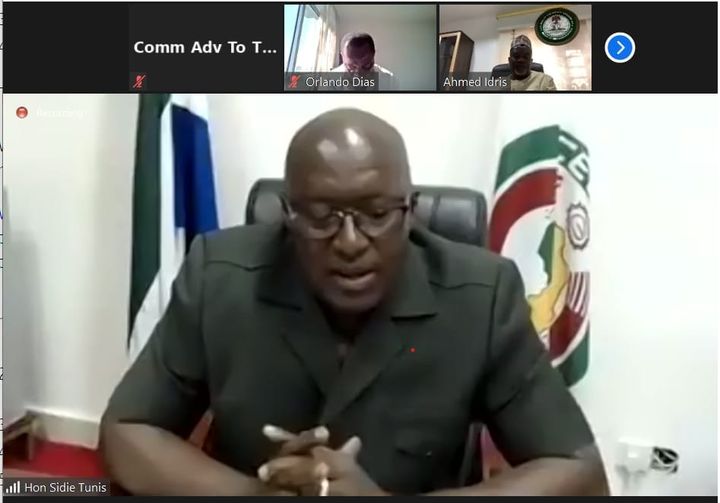