West Africa has the capacity to overcome its current energy challenges thanks to its untapped immense potentials in the area of renewable energies. This was the main message delivered by the Speaker of the Parliament of the Economic Community of West African States (ECOWAS), Right Hon. Sidie Mohamed Tunis, in his speech during the opening ceremony of a delocalised meeting of the Community Parliament on Tuesday, 10 August 2021, in Abidjan, Côte d’Ivoire. The Speaker of the National Assembly of Côte d’Ivoire, Right Hon. Amadou Soumahoro, presided over the opening session of the meeting.

The regional Parliamentarians are gathered by the Ébrié Lagoon (Abidjan), until 14 August 2021, to reflect on the theme “ensuring energy efficiency in West Africa through innovation, active involvement of the private sector and citizen participation. In his speech, Speaker Tunis stated that “the potential of our region is enormous in terms of energy sources“.

Concerning conventional energy, ECOWAS region accounts for about one-third of Africa’s proven oil reserves and one-third of the natural gas reserves in the African continent. As for renewable energies, the region has a wide range of energy resources, ranging from biomass to solar and marine energy, then hydraulic and geothermal energies and wind power, among others. He noted that “These renewable energies can contribute significantly to improving energy security, for both the households and businesses in the region,”

Sidie Mohamed Tunis therefore called for access to energy by all in order not to leave a large number of the people on the fringes of development. To corroborate his remarks, he listed several examples, including the situation of the farmers of the region who he said make every effort today to mechanise their farming operations but are faced with almost prohibitive costs of energy, which powers their means of production. There is also the situation of craftsmen whose economic performance is hampered when they cannot use their tools because of frequent power outages in the region. Then, you have the situation of the schoolchildren in remote areas who cannot continue their learning beyond school hours because of lack of electricity.

Speaker Tunis added, “these examples that I have just given, unfortunately, concern more than 60% of the population of our region, which is estimated at about 400 million people,” for whom energy efficiency, which includes the use of renewable energies, seems to be the appropriate solution to their production and energy access challenges.

To this end, he recommended relying on technological development while ensuring that genuine public-private partnerships are put in place, with increased involvement of the private sector and all other sector stakeholders. 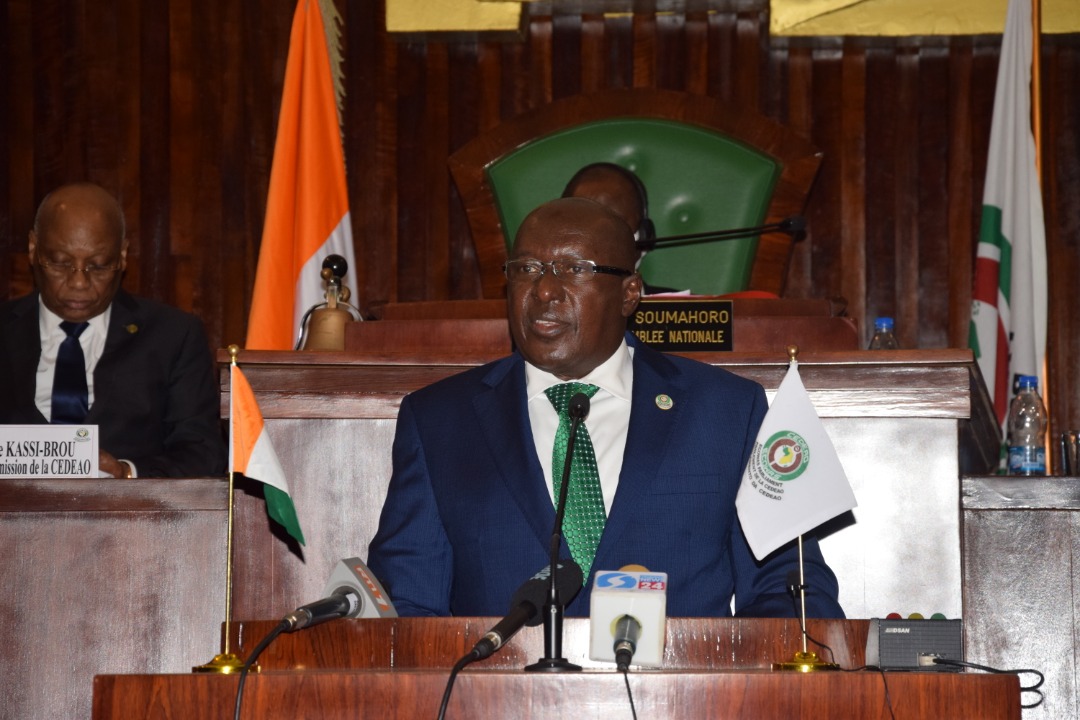