The Conference had in attendance, Her Excellency, the Former President of the Republic of Liberia, Madam Ellen Johnson Sirleaf and other distinguished personalities such as the UN Deputy Secretary-General H.E. Amina Mohamed and the Minister of Women Affairs of Nigeria, Dame Pauline .K. Tallen who also served as panellists.

During his presentation, Rt. Hon. Tunis indicated that ECOWAS as an institution has made significant progress in addressing women issues and securing a participatory framework for women. While addressing the participants, he said that since its formation, “ECOWAS has adopted several instruments and established institutions to secure social protection for women and increase their participation in governance. One of such instruments is the Supplementary Act on the Equality of Rights between Women and Men for Sustainable Development in the ECOWAS Region.”

Rt. Hon. Sidie Mohamed Tunis added that Article 18 (1) (c) of the Supplementary Act relating to the Enhancement of the Powers of the Parliament, adopted at the 50th Session of the Authority of Heads of State and Government, held in Abuja on 17th December 2016, mandates each Member State to ensure at least 30 per cent female representation in their parliamentary delegation. However, the honourable Speaker believes that 30% is still very little when compared to the contributions women are making in the sub-region.

In conclusion, he reiterated his commitment to working with ECOWAS Gender Center and Civil Society Organizations, to explore avenues to build local capacity of women’s groups which will endeavour to identify and remove obstacles to women participation in mainstream politics, peacebuilding and mediation activities in ECOWAS Member States. 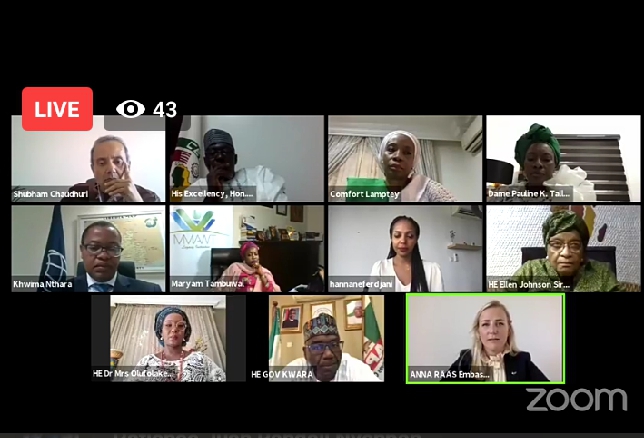