“We either win together or perish together” – Hon. Sidie Mohamed Tunis

The Speaker of the Parliament of the Economic Community of West African States (ECOWAS), Sidie Mohamed Tunis, did not beat about the bush to get people’ s attention and that of the leaders of West Africa and the world in the face of the persistence of the COVID-19 pandemic.

“We either win together or perish together” was the major point in his opening remarks as he made effort to drive home the importance of unity of purpose in the fight against Covid-19 during the parliamentary Seminar which held from March 23 to 25, 2021 in Freetown. Speaker Tunis called for solidarity and accountability from all, united in a common destiny to contain this pandemic that has already caused over two million deaths worldwide. The arrival of several vaccines is a real ray of hope.

The Chair of the Community Parliamentarian took the opportunity to commend the community of researchers and scientists who have made this significant progress possible in the fight against COVID-19. Despite the progress made to curb the disease, Speaker Tunis urged the population to remain vigilant and to respect the measures to prevent the spread of the disease (wearing face mask, washing hands, keeping physical distance, among other measures). He also urged them to be vaccinated, as soon as possible, to curb the spread of the pandemic.

He maintained that, the ambition to build a prosperous and peaceful community space is irreversible in order to bring regional integration to the people. The Speaker of Parliament of the Economic Community of West African States (ECOWAS), Sidie Mohamed Tunis, remains firmly committed to the values that underpin the very existence of ECOWAS: free movement of people and goods, democracy, peace and prosperity.

Speaking at the opening ceremony of the parliamentary seminar held from March 23 to 25, 2021 in Freetown, Speaker Tunis, commended the progress made in community integration.  The development remains “a necessary condition for the harmonious development of the region. That is why he insists that special attention be paid to one of the symbols of the implementation of these values in the region, namely the community levy which is the very expression of the solidarity and accountability of our respective governments in the integration process and in the realization of the regional program. 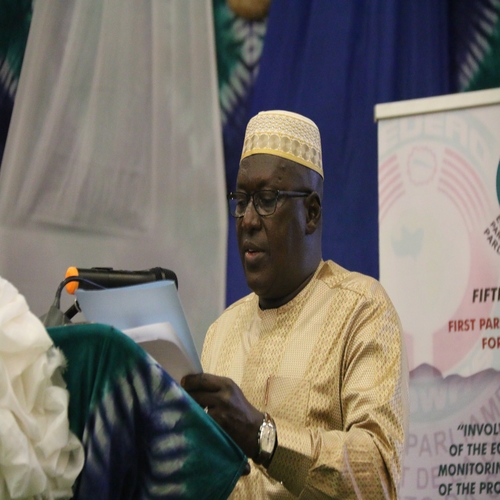