The ECOWAS Parliament has come out with a regional strategy to end all forms of suppression against women following recommendations from its delocalized joint committee meeting on the “Empowerment of Women in the West Africa region which held in Monrovia, Liberia from 13 to April 17, 2021. The recommendations were made by the Joint Committee on Social Affairs, Gender and Women Empowerment, Education, Science and Culture, Health following deliberations from Members of the committees, experts, and stakeholders.

The welcome address was delivered by Sen. Edwin Melvin Snowe, Head of Liberia’s Delegation to the ECOWAS Parliament and the goodwill message was delivered by H.E. Ambassador Clar Marie Weah, First Lady of the Republic of Liberia. In his opening speech, the Rt. Hon. Speaker of the ECOWAS Parliament, Hon. Sidie Mohamed Tunis maintained that the meeting marked the time for more action and less talk as far as the empowerment of women in the sub-region is concerned.

After several days of deliberations by the Members of the joint committee and experts, recommendations were drafted in the report presented before the closing ceremony. The joint committee having received presentations concluded that without addressing the socio-cultural, traditional or religious aspects at play, women representation in politics will remain at a low level, especially in the ECOWAS Region. They also noted that lack of access to finance, credit facilities and loans are stumbling blocks to the progress of women empowerment.

The Members of the joint committee took cognizance of the fact that despite the adoption of numerous policies on gender equality, most countries were struggling with the quota system, falling short of attaining the 30 per cent threshold of women participation in politics. The Committee however considered the parity system more favorable than the quota system but however suggested the need to strengthen parity policies and stand firm in its application.

Among several recommendations, the following summarize the empowerment of women in the subregion:

-That the ECOWAS Commission, organize a regional conference of Female Genital Mutilation to develop a strong regional policy on the matter that includes measures that criminalize its practice and contain the punitive measures to be taken if caught.

-That the ECOWAS Parliament, develop a regional affirmative bill or a regional common approach on gender parity that is fair and balanced.

-That the ECOWAS Parliament ensures that there is at least one woman from every Member State in the Bureau of Standing Committees to ensure that women are able to take part in the decision-making process.

The Joint Committee also recommended that ECOWAS Parliament carry out a sensitization mission to be undertaken on the need to build capacities, self-confidence of women and advocate for the elaboration of a community text on gender parity. The ECOWAS Parliament was also urged to organize an urgent meeting with the Ministers in charge of Gender and Department of Social Affairs, and ECOWAS Commission to discuss the issue of women participation in politics. Also, the need to institute regular border visits to oversee gender issues and discuss with women in informal cross border trades was adjudged pertinent.

In her vote of thanks, Hon. Laadi Ayi Ayamba, Member of Parliament from Ghana thanked all participants for making the delocalized joint committee meeting successful. Hon. Sidie Mohamed Tunis reassured the subregion of continuous and relentless effort that will ensure that women in West Africa are not relegated to the background. 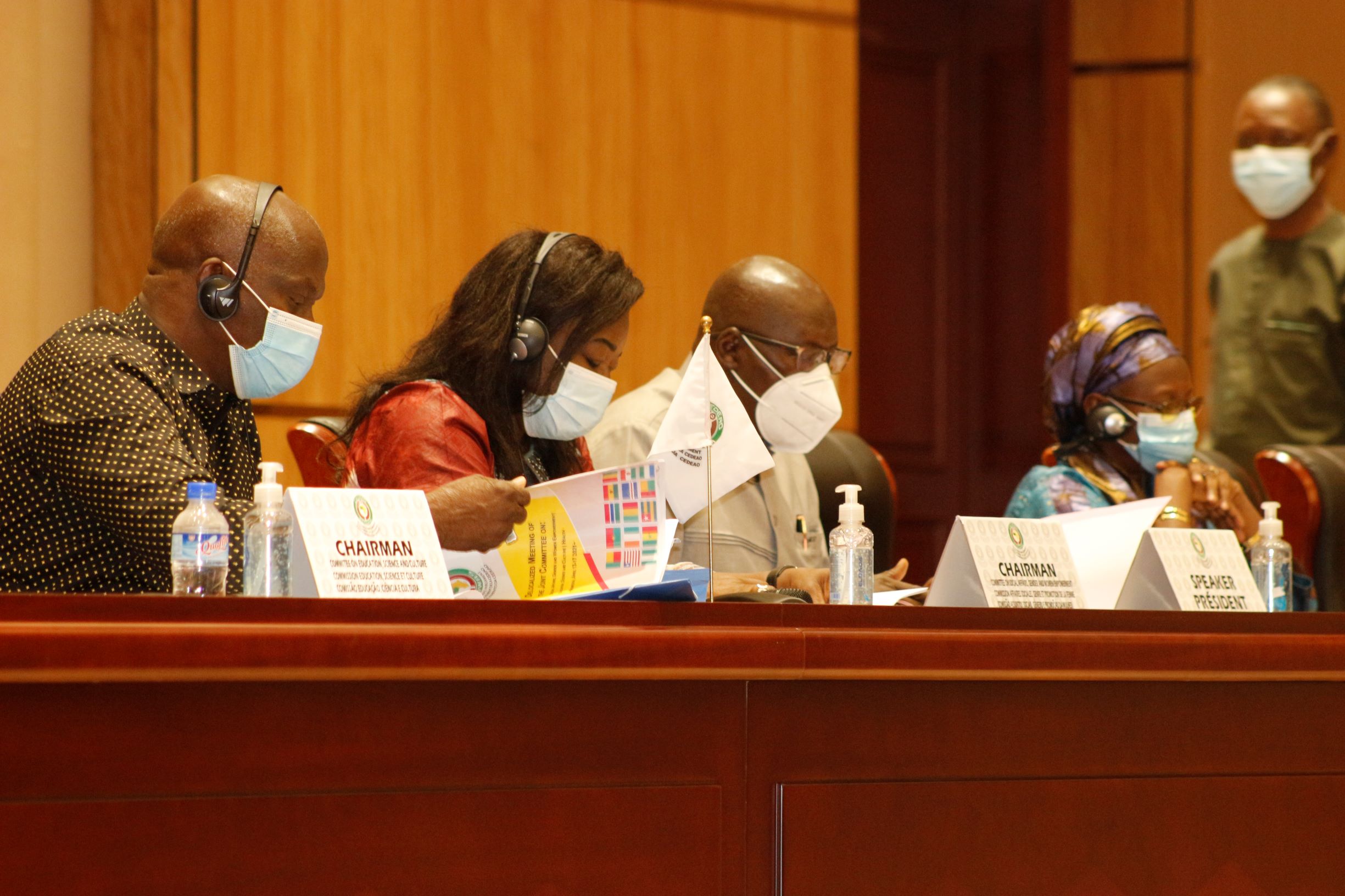