ECOWAS Parliament speaks for the empowerment of women in the region

The Parliament of the Economic Community of West African States (ECOWAS) is organizing a delocalized meeting under the theme “Empowerment of women in the ECOWAS region”, from 13 to 17 April 2021 in Monrovia, Liberia. The meeting is being led by the Joint Committee on Social Affairs, Gender and Women Empowerment / Education, Science and Culture / Health, of the Community Parliament.

The main aim of the Monrovia meeting is to provide the members of the Joint Committee with the keys to analyzing and understanding the problems that impede women’s empowerment in the region, in order to propose solutions. Choosing Liberia to host this important meeting is not done randomly. This is the first country in Africa to elect a woman, Ellen Johnson Sirleaf, as President, by direct universal suffrage.

Gender equality and women’s empowerment remains at the heart of the regional integration process. To achieve this, ECOWAS adopted a legal instrument, the Supplementary Act on Equality of Rights between Men and Women for Sustainable Development in the ECOWAS Region, which was adopted by the 47th Ordinary Session of the Authority of Heads of State and Government held in Accra, Ghana, on the 19th of May 2015. More recently at the ECOWAS Parliament level, the strategic plan of the fifth legislature, adopted on 31st March 2021 in Freetown, Sierra Leone, strongly reaffirms equality of opportunity between women and men and identifies women empowerment as a major strategic focus of the fifth legislature.

Despite the progress made in promoting gender equality, there is still a range of institutional, political, or economic obstacles, which impede women’s empowerment. It is intended that at the end of the meeting, the Community Parliamentarians will reach conclusions that will contribute to the removal of these obstacles. Women’s Empowerment is a complex process, of attaining full participation in civil, political, social, and economic life, and the exercise of corresponding rights. 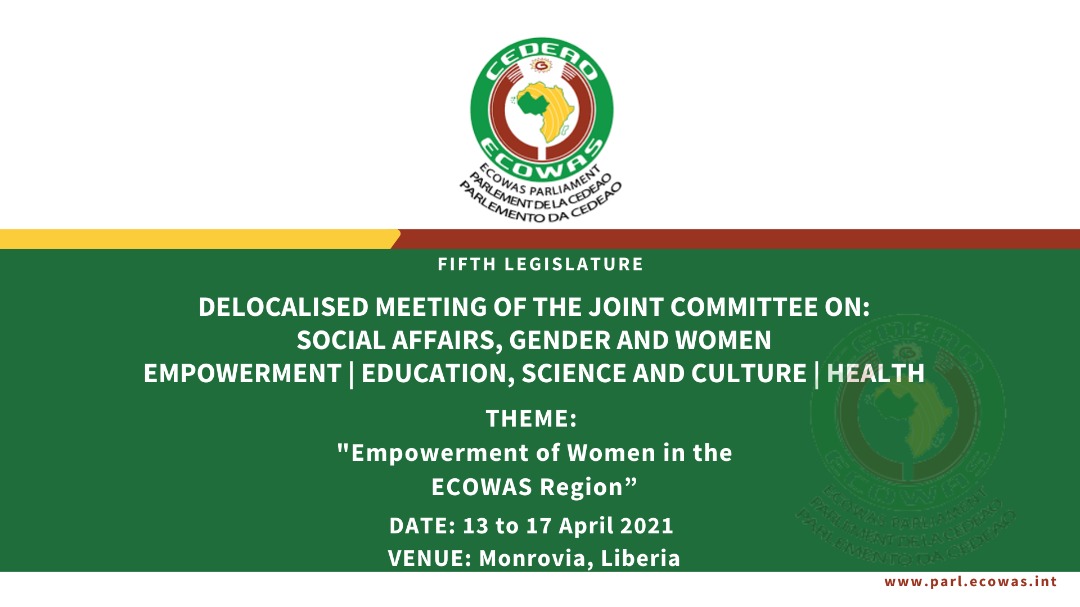