“Involvement of ECOWAS Parliamentarians in the monitoring of the implementation of the protocol on the Community Levy”. It is under this theme that opened the 1st seminar of the year 2021 of the Parliament of the Economic Community of West African States (ECOWAS), Tuesday, March 23, 2021 in Freetown, the capital of Sierra Leone.

The objective of the meeting is to involve Members of ECOWAS Parliament in monitoring the implementation of the protocol on the Community Levy in order to ensure adequate collection of resources, which is necessary for financing the activities of the community. Community Levy is a mechanism put in place by the ECOWAS Heads of State and Government. It has been operational since 2003. This mechanism is intended to mobilize funds necessary for the accomplishment of ECOWAS missions.

This levy is 0.5%, imposed on goods from non-ECOWAS member states. The funds from this Community Levy are intended to cover between 70 and 90% of the community’s budgetary revenues. “Unfortunately, we are witnessing low mobilization of these resources,” Speaker Tunis lamented in his address. “Over the past three years, mobilization was around 30% of forecasts. “He was concerned. The difficulty of recovery threatens the implementation of community projects and programs. Faced with the situation, Speaker Tunis invited community parliamentarians to make relevant and innovative proposals in order to make a significant contribution to solving the problem.

The Freetown meeting comes at a time when the West African region and the rest of the world are still facing the persistence of COVID-19. The Speaker of ECOWAS Parliament took the opportunity to commend researchers, scientists and health personnel for “their tireless and continuous efforts to provide an appropriate response to the problems of our time. He also encouraged the population to get massively vaccinated to stop the spread of the pandemic.

Speaker of Sierra Leone Parliament, Abass Chernor Bundu, for his part, insisted on the tremendous integration tool that ECOWAS represents. An institution that he knows well for having been its executive secretary (former name of the President of the Commission) from 1989 to 1993. As such, he was at the heart of the reflections that led to the adoption of the revised Treaty in 1993.

The Head of Parliament of Sierra Leone invited the community parliamentarians to use their position with the States to increase the rate of collection of the Community Levy which remains the driving force behind the implementation of ECOWAS activities. Several presentations related to the theme of the seminar are planned during the three-day meeting. 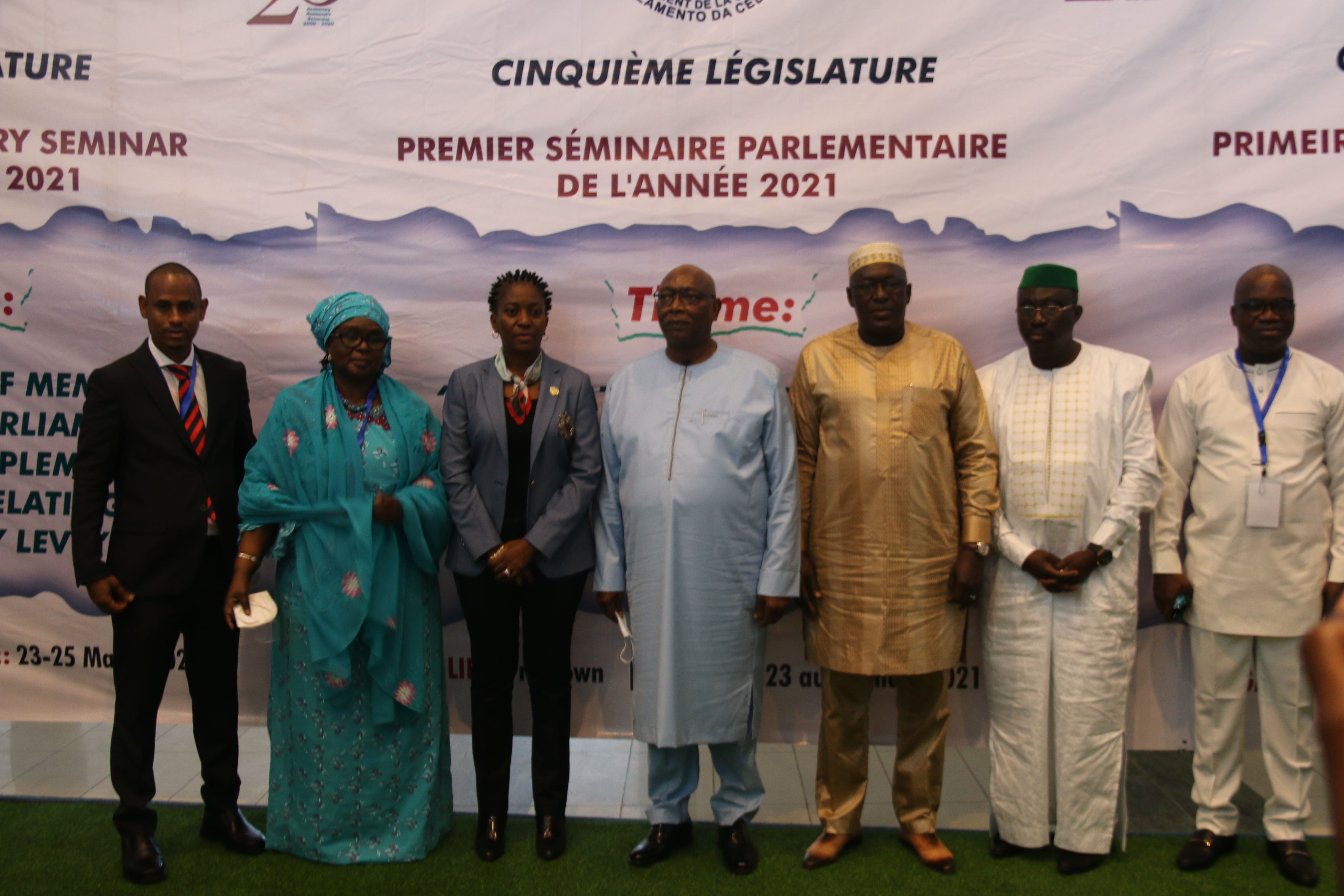