The following were titles of presentations made by the managerial staff of the Parliament to the fifteen committee members: “Evolution of the ECOWAS Parliament, a historical perspective”; “Justification of the election of deputies by direct universal suffrage” and “Comparative analysis of direct election systems practiced in the ECOWAS region”

Aware of the role of an elected parliament in facilitating the participation of the people in regional governance, the Speaker of the ECOWAS Parliament, Rt. Hon. Sidie Mohamed Tunis, identified, the election of MPs by direct universal suffrage as a flagship political program of his mandate during the inauguration of the 5th legislature.

Under Article 18 of the Additional Act of December 2016 on the Strengthening of the Prerogatives of Parliament, the 115 members of the Community Assembly are elected by direct universal suffrage by the citizens of the Member States. While waiting for this system to take effect, the National Assemblies of the Member States or the institutions or equivalent bodies elect the deputies from within them at the moment. 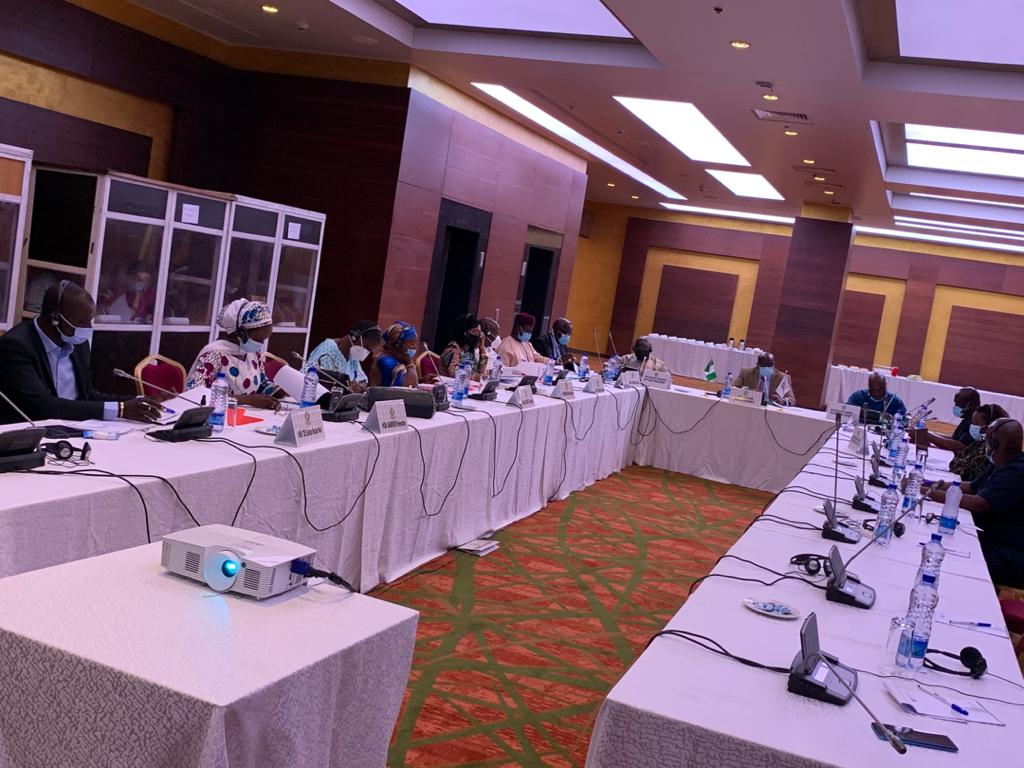