ECOWAS Parliament: Niger, Benin and Guinea-Bissau have presented their reports

The first 2021 Ordinary Session of the Parliament of the Economic Community of West African States (ECOWAS) got to the heart of the matter on May 29, 2021. Three countries, Niger, Benin and Guinea Bissau presented their country reports in plenary, followed by debates. These presentations focused on political, security, health and human rights situations and the state of implementation of regional Community texts.

The presentations at this First Ordinary Session 2021 covered the period from January 2020 to May 2021.

Niger, in its report, underscores that the presidential, legislative, regional and municipal elections were generally held “in a peaceful atmosphere, in the greatest transparency and in an inclusive manner”. He nevertheless pointed out “the strong protests on the part of the opposition” to the declaration of Bazoum Mohamed’s victory and the “attempted coup d’état”, two days before the swearing-in of the new President.

In terms of security, Niger’s report highlighted the fight against terrorism. It shows that the recurrent attacks the country has suffered since 2012 have resulted in 105,000 internally displaced persons, while insecurity in neighbouring northern Nigeria has forced 130,000 Nigerians to take refuge in Niger and caused the forced return of 30,000 Nigeriens to their homes.

The Beninese delegation, describing the situation in this country, highlighted the constitutional reform initiated by President Patrice Talon. According to the report, while this reform “does not mark the advent of a new Republic, (it) does involve far-reaching changes.” “Among these “profound changes”, the report cites, among other things, the review of the number of seats of Members in the National Assembly from 83 to 107; limiting the number of terms of MPs to three; the precision on the two terms of the President of the Republic, stopped at two in his lifetime; sponsorship of presidential candidates; strengthening the status of the opposition and improving public funding of parties.

Guinea Bissau’s delegation, for its part, described a worrying national political situation following the political and institutional crisis arising from the November-December 2019 presidential election. The said electoral dispute, with many twists and turns, according to the report, impacted the security and Human Rights situation in the country in the year 2020. He nevertheless underlines that despite the instability induced by successive political crises, Guinea Bissau has preserved certain achievements in terms of civil and political rights.

In terms of health, government efforts in the fight against Covid-19 have been portrayed in the reports of the three countries. From initiatives to stop the spread of the virus, to vaccination programmes against the pandemic, coupled with its negative impact on the economy and the process of regional integration. Each of the 3 reports highlighted the challenges facing their respective countries due to the occurrence of Covid-19 and called for coordination of response measures from ECOWAS Member States in order to kick the pandemic out of the region.

Prior to the presentation of the country reports, two Burkinabè MPs (Dissan Boureima Gnoumou and Tibo Jean Paul Tapsoba) and one from Togo (Bolouvi Patrick Kodjovi Senan) took the oath. 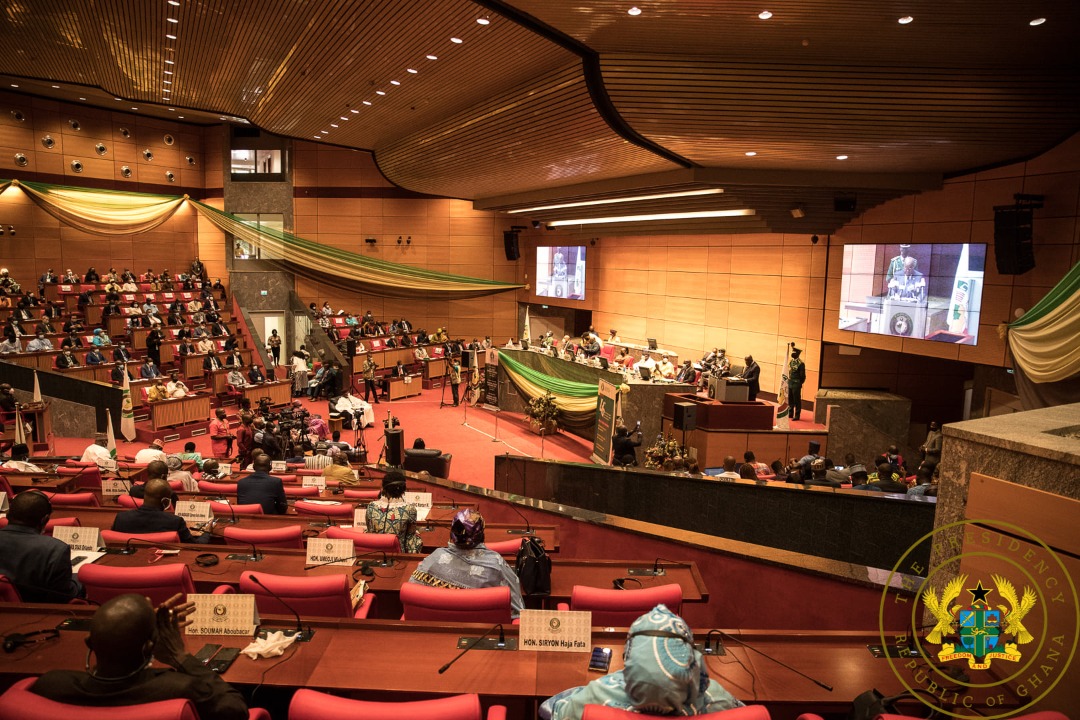