Members of the ECOWAS Parliament on Friday in Lomé, Togo paid their last respect to a deceased colleague, Hon. Abloom Johnson.

At a ceremony hosted by the Togolese National Assembly at the complex, the lawmakers led by Speaker Sidie Mohammed Tunis, joined members of Togo’s National Assembly and other goverment officials to bid farewell to the late Johnson.

Recall that Members of Parliament who are in Lome for a delocalised meeting of a joint committee were greeted with the sad news of the demise of the lawmaker.

Abloom Johnson who died on 14 November, was the 3rd Vice President of the Togolese Parliament.

Speaking with newsmen after the official funeral ceremony, Speaker Tunis said that the he led Members to the funeral to honour their colleague whom he described as a man of the people.

He said that although an unfortunate event, the presence of Parliament for a delocalised meeting in Togo, presented an ample opportunity to phisically commiserate the family of their late ‘brother’, Johnson.

“It is always a sad event to lose a loved one. Hon. Ablom was not just a Member of ECOWAS Parliament, he was also a brother.

“So now that we are in Lome, Togo and this unfortunate incidence has happened, we believe it is our responsibility as Members of ECOWAS Parliament to participate fully in the funeral arrangements.

“Even if we were not here in Lome, we were still going to send a delegation to Togo to pay tribute to the family and console them.

“So our presence here is a manifestation of expressing our sorrow to the bereaved family and express our condolences on behalf of the ECOWAS Parliament,” he said.

He described the late lawmaker as a man who was down to earth and who respected everybody: his colleagues and staff.

“To his family: let them take heart, the almighty Allah knows best.

“In Christianity we believe that when you die you go to heaven, and with the kind of person he was on earth, I believe we will all meet in heaven,” he said.

Earlier, the Speaker of the Togolese National Assembly,
Hon Yawa Djigbodi Tsegab extoled the late Johnson for his gallant leadership as a vice president in the 6th Lagislature of the National Parliament.

She said that he brought his experience of many years to bear in all the decision making processes.

She said that the news of his death had remained devastating to her, adding that Togo had indeed lost a great leader who was always willing to assist. 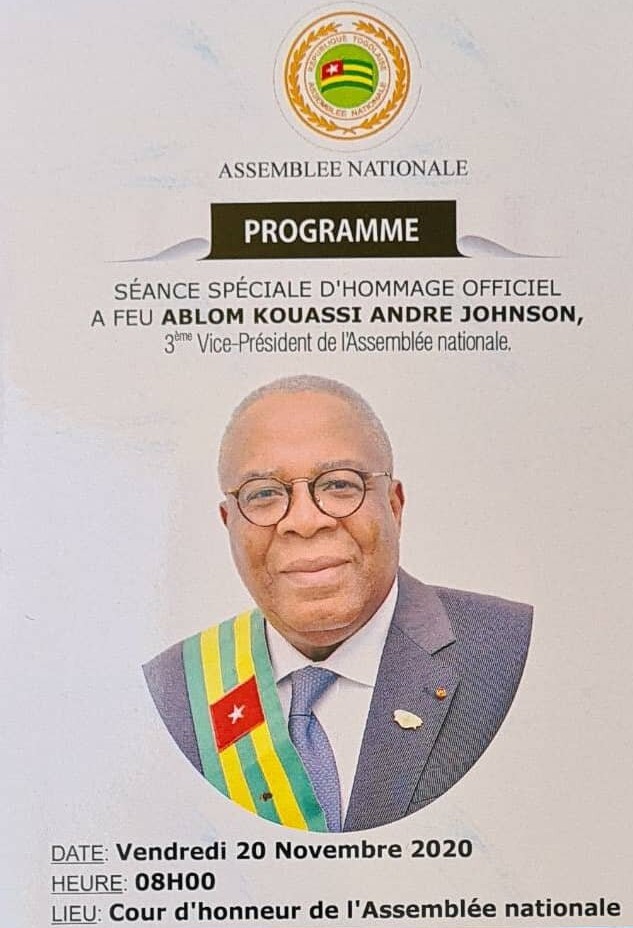