The sideline event of the 2021 Extraordinary Session of ECOWAS Parliament, had as its theme: “Rejuvenating Democracy by Giving Voice to the Young People,” with a sub theme, “Stimulating a National Dynamics for the Identification of Potential Young Leaders”.

Speaking at the event, the Speaker of ECOWAS Parliament Rt. Hon. Sidie Mohamed Tunis said women are builders, and the decision to focus on the young women is a welcome development.

He added that the statistics of women and youth political representation within the ECOWAS Sub region is appallingly low, noting that, “We have to turn this tide quickly with total commitment and dedication to this noble course”.

Speaker Tunis also reiterated that, the youths are the future and hence platforms for exchanges of ideas, experiences sharing and codifying best practices should be amplified.

To butress the aforementioned he stayed that, “I would like to reiterate that one of the major reasons, Africa countries are lagging behind developmentally, compared to other continents is because women and youths have not been given their rightful places in governance”.

“Targeting the women and youth at this critical time in our political space is just the strategic thing to do. This resonates with the fact that when women are given a chance in any endeavor, they excel effortlessly.

In a keynote address, the First Lady of Sierra Leone, Mrs Fatima Bio adviced women to see themselves as sisters and not pull each other down in their journey to the corridors of power.

She also advised young women in the continent to re-channel their energy into productive ventures.

She added that more than half of African population are women and therefore, the continent cannot develop without women being at the helm of Affairs.

On her part, the President of Sierra Leone Female Parliamentary Caucus, Hon Veronica Sesay expressed displeasure over the decline in participation of women in parliament in Sierra Leone and ECOWAS Parliament, saying that women representation in Sierra Leone currently stands at 12 percent.

According to her, “In the parliament of Sierra Leone, the female political representation stands at 12 percent as at of today. Juxtaposing this number with the percentage of female political representation at the ECOWAS Parliament in this fifth Legislature stands at 19 percent against the backdrop of 21.7 percent recorded in the fourth Legislature, and 23.5 percent recorded in the third Legislature of ECOWAS Parliament. Clearly, these figures illustrate a sharp decline in female representation in the parliament of Sierra Leone and ECOWAS,” she said.

She added that the data of female representation compelled the Sierra Leone Parliamentary Caucus to collaborate with ECOFEPA to host the 4th edition of ECOFEPA Town Hall Meeting.

She concluded that timid women never make history while the future belongs to the bold. 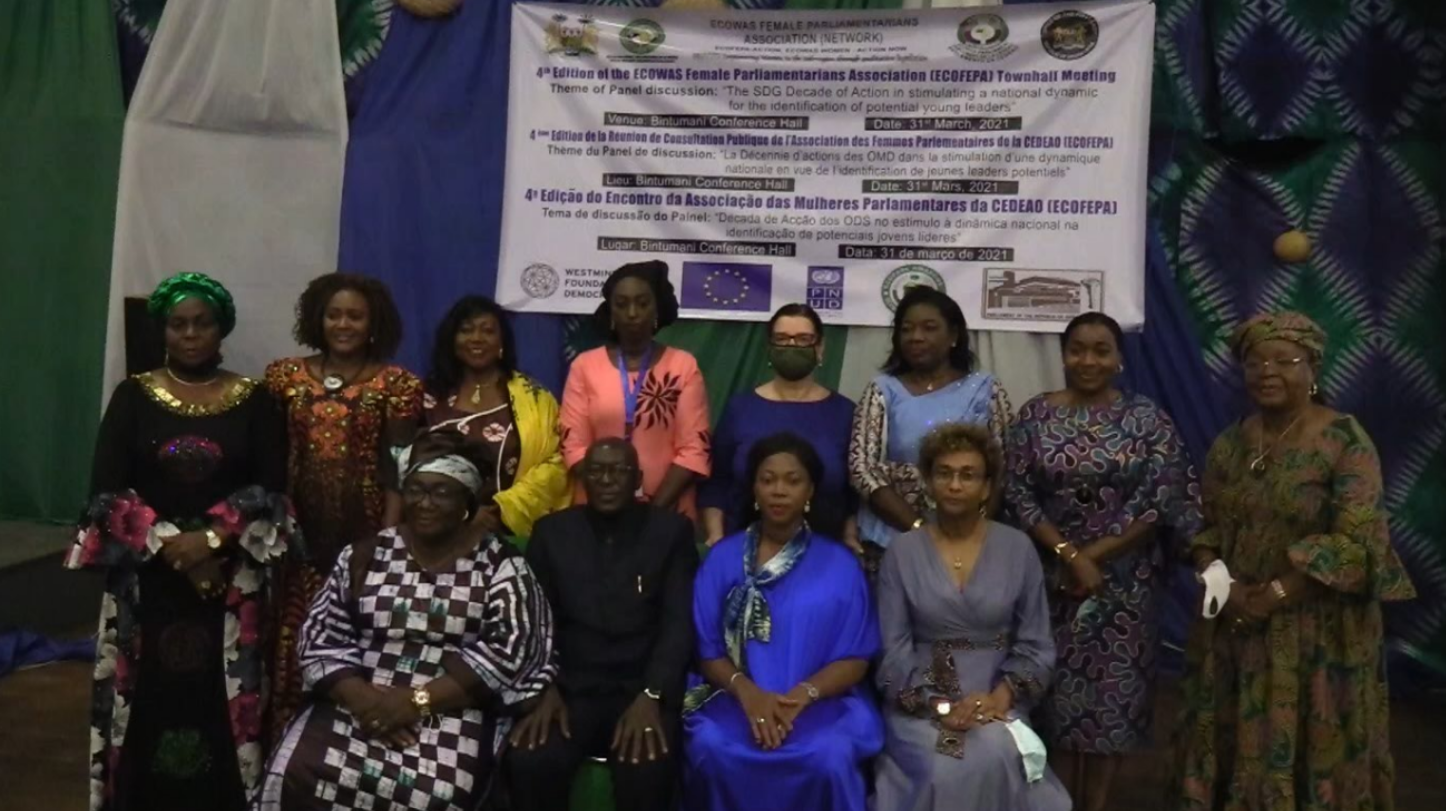