It gives me pleasure to send out this congratulatory message to the peoples of West Africa on this day of the commemoration of the 20th anniversary of the ECOWAS Parliament. It is indeed a remarkable milestone.

2. When the initial Protocol establishing the Parliament was signed in Abuja on 6th August, 1994, the Founding Fathers considered that action as an effort towards creating legitimacy for the activities of the ECOWAS Community as a whole. The raison d’être for the establishment of the Parliament was to provide adequate representation for the people in community affairs. Consequently, it is expected to provide a voice for the people in the integration process and ensure that they understand and take advantage of community programmes and policies towards improving their general wellbeing. This sentiment is also in consonance with the ECOWAS Vision 2020, whose catchy phrase is the transformation from an ECOWAS of States to an ECOWAS of People.

3. In the light of the above, the Parliament in its operations has created mechanisms to forge greater ties with the citizens of the sub-region. Furthermore, it has strengthened representative democracy in the Community; contributing towards the promotion of peace, security, and stability. The Parliament has also been involved in the promotion of the principles of human rights, democracy, the rule of law, transparency, accountability and good governance. Most importantly, with the adoption of the Supplementary Act relating to the Enhancement of the Powers of the Parliament in December, 2016, more responsibilities have been given to the Institution. Currently, the Parliament has oversight functions over programme implementing Agencies. It equally considers the Community budget and renders an opinion.

4, From the inauguration of the First Legislature in Bamako, Mali on 16 November 2000, to this day, marking its 20th anniversary, the ECOWAS Parliament has metamorphosed into an Institution that can be reckoned with regionally, continentally and even globally. In twenty years, there are remarkable achievements and progress. Such achievements are glaring in view of the fact that at the moment, the people of the sub-region can be said to own the processes that lead to the actions and interventions taken on their behalf.

5. Let me assure the West African citizens that the leadership of the 5th Legislature is committed to ensuring that the ECOWAS Parliament is brought closer to them and that the integration mantra will not just be strengthened, but brought to its finality. We are determined to further consolidate the gains of the last two decades. With your support and cooperation, we are sure to succeed.

6. Finally, I wish to extend our warm greetings to all our Heads of State, past and present, for supporting the Institution this far. I equally wish to commend the efforts of the Authority of Heads of States of ECOWAS, notably; His Excellency Alpha Omar Konare, former President of Mali, who provided an additional push, leading to the establishment of the Parliament in 2000. Mention must also be made of my predecessors in office; past Speakers of the Parliament, past and present Honorable Members, past and present staff and all the citizens of the sub region for the dedication and sacrifice.

7. I wish the Parliament more fruitful years of deliberations, interventions and integration. 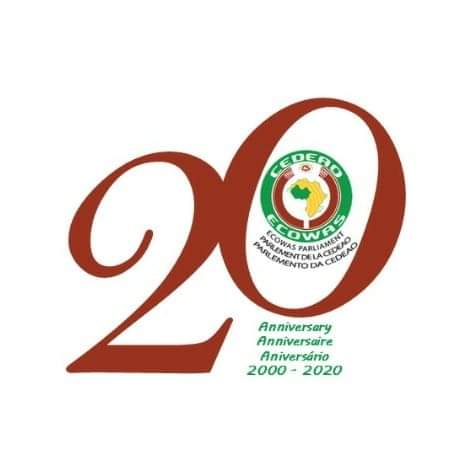